The visual narrative of indigenous people in the United States has been largely controlled by cameras held in hands of those who don’t belong to their communities. Award-winning Osage photographer Ryan RedCorn is changing that one shutter click at a time.

And as those recycled narratives are created by people with the power of money, connections, and reach, they crowd out the messages Indigenous people would be telling about themselves: stories where Native people are seen in color, smiling and winning. That’s why RedCorn, a filmmaker, comedian, and award-winning photographer and co-founder of Buffalo Nickel Creative, decided to get his MFA in screenwriting. He wants to tell stories that accurately reflect his community.

Photography and the arts were already in his blood. His grandfather and both parents were photographers and art collectors, and RedCorn grew up practicing photography and developing film in his bathtub. He went to college for graphic design but found there was a dearth of high-quality photography available to his clients, so he picked up a camera.

“There’s a larger media apparatus which kind of has a generalized blind-spot. They have a set of stories they know they can make money off of,” which makes it less likely for stories of joy and empowerment to get produced.

The message of resilience, joy, and power RedCorn produces, by photograph or cinema, is one his audience gravitates toward and frankly, one they deserve. Exposure to a narrative by First Nations people is equally beneficial for those outside that community, as it builds bridges and helps us see one another more clearly.  But that effort requires dedication and resources over long periods of time to reach wider audiences. RedCorn noted that, once the media attention surrounding the Standing Rock protests dried up, so did the grant money and the focus on Indigenous issues. Part of the goal of creating these Native-controlled narratives is to help maintain the kind of long-term engagement and conversation that withstands changing news cycles and becomes part of our cultural psyche.

For too long, First Nations people have not had the dignity of controlling their own story in public spaces, so when RedCorn points his camera at someone, his goal is the transfer of power. Visually, RedCorn accomplishes this by using specific tools of visual hierarchy influenced by The Kiowa 5, a well-known group of Native artists who cultivated a clean, simple, graphic style.

Much of RedCorn’s portrait work is created using wide apertures, focused on individuals. He only includes environmental elements when he feels they give visual clues to who the subject is. They can often be seen with a clean backdrop or a wash of color or prairie that singles out the focus of the image. He takes the subjects’ wishes into account and sees the exchange as a collaborative relationship that leaves each party stronger.

RedCorn says that when people come in from outside the community, they’re often coming in with preconceived notions and gaps in understanding that lead to stories that don’t represent tribal communities properly. Or, he says they show up as voyeurs. A large part of that problem is that editorial decisions, RedCorn says, even ones made in the post, are influenced by the stories people are conditioned to want to tell.

And in short-form media, storytellers are often forced to find tension and resolve it quickly, showing clear winners and losers, which RedCorn says doesn’t leave much room for complexity. This presents a particular problem for minorities who have been disenfranchised or don’t have the collective weight to pit their own stories against the more prominent narratives about them.

“You can get some of that in a picture,” RedCorn said, but he’s also producing long-form media, like documentaries, to help people stay with the narrative long enough to recognize the subtleties and complexities of Native stories, which is incredibly rare in Western media as a whole. And it’s this lack of representation RedCorn says is the most concerning. “I think I saw it’s something like .04% indigenous representation of native faces in film and television.” And when the representation does exist, it’s often caricatured while the people making positive changes are still in the minority.

For creatives who want to see positive changes made in their communities, RedCorn says the first thing to do is recognize the lack of representation and education, but more importantly, he believes there will have to be a transfer of power. “I believe these stories and your process as a professional should be reciprocal, and that shouldn’t begin and end with hiring some low-level people and saying ‘oh look, people are represented.’ It’s more like handing over power. And once you do that, I think you’ll see stories move away from trauma porn, from violence, from slamming on that same depressing note on the piano over and over.” RedCorn points out how highly damaging those are to Native people.

Land rights, water rights, voting rights, electing leaders who aren’t interested in silencing native voices, allowing indigenous people to simply control their own destiny is the beginning of seeing and hearing Native stories properly. “If you give me the choice between help and power,” RedCorn said, “I believe my community would take power.”

And that, more than anything else, is what RedCorn strives to do with his work. He wants to give people the dignity of controlling their own destinies, telling their own stories, and standing in their own power. That’s why he’s currently working on a documentary about the incredible women who fought to pass the Violence Against Women Act. “This story isn’t about domestic violence,” he said, “the story is about these women winning […] These are funny, joyful women who come from joyful communities, and I want to show that.”

Whether RedCorn is creating content for Native nonprofits or taking a photo of a high school graduate, he’s always aiming to help create stories that accurately reflect the power and dignity of the people he’s pointing a camera at, telling the stories they want to tell about themselves and taking back the narrative. 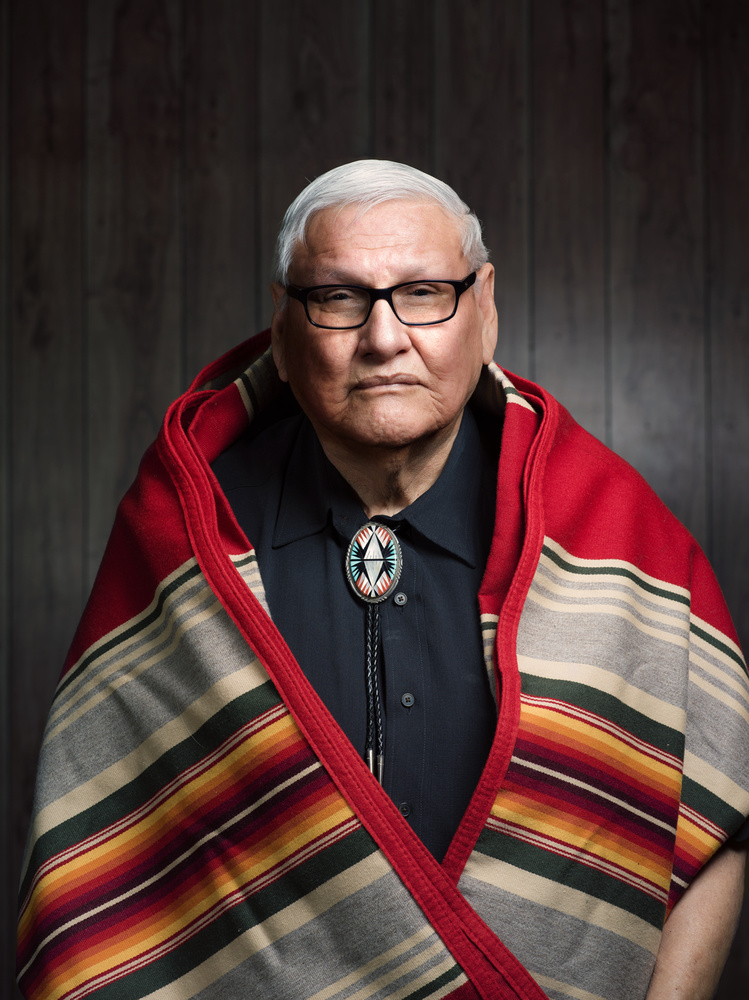 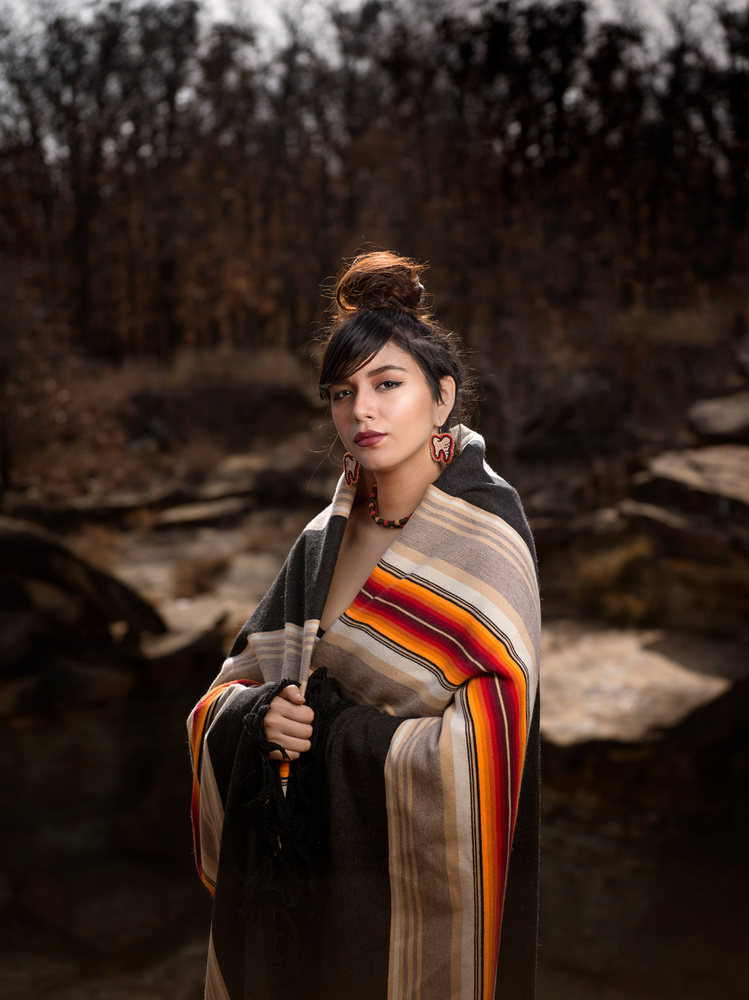 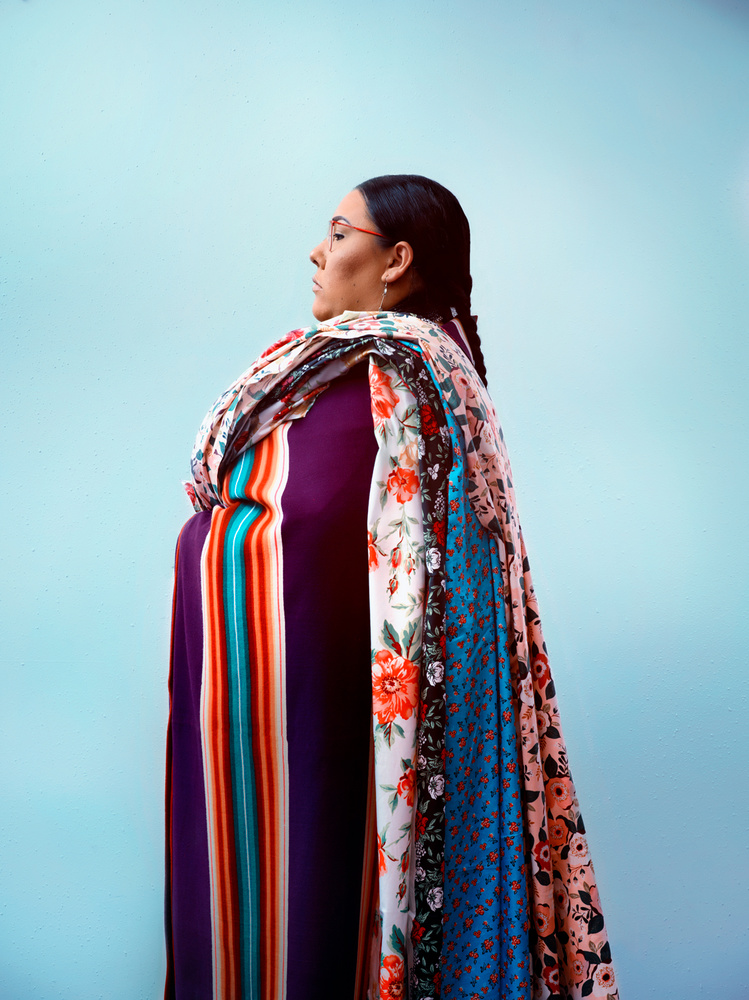